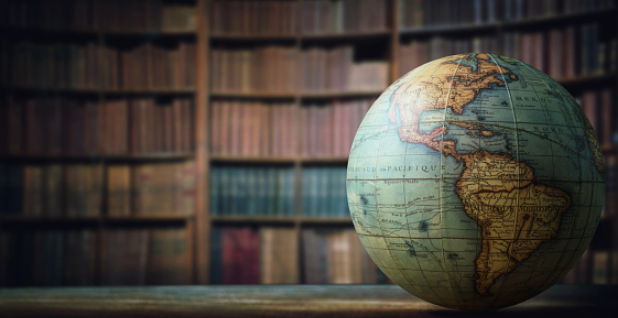 “They don’t know the history that has begun to be made,” said West County student KatieAnn Nguyen during the second school walkout against the name change back to Analy. The school board’s decision to go back to the old name has been controversial, to say the least, and a lot of that controversy comes from history.

It is no secret that El Molino and Analy had a rivalry, the two schools famously competed in the Apple game every year, and during spirit week had Analy and El Molino “nerd days” which depicted the opposing school’s students in an unflattering manner. School newspapers and yearbooks often mocked the opposing school with comments like “we put the Lions to shame” or “Analy doesn’t have a chance.”

This sort of competition is what generally springs to mind when thinking about the relationship between Analy and El Molino, and during a meeting between leadership and the board members, they admitted that they anticipated conflict between members of the different schools precisely for that reason.

However, there is a lot more to the school’s relationship than meets the eye. El Molino started on the Analy campus in 1963 and then moved to Forestville in the spring of 1964. According to former Analy alumni and later teacher, Mike Sherron, who attended Analy from 1964 to 1968, El Molino became Analy’s primary rival right away. However, he also said that at the time, there was limited interaction between Analy and El Molino students.

Sherron shared that Analy was always trying to outdo El Molino. However, he admitted that the rivalry was mainly confined to sports. This was a bit complicated because in the beginning, El Molino did not have lights on their football field, so they had to use Analy’s field for games.

John Grech, who attended Analy between 1984 and 1987, remembers the rivalry as being all in good fun and very respectful, though he does admit that Admin might have different memories. Mostly he remembers there being a lot of blue. One year, he said the school adopted the theme “True Blue” based off of Madonna’s hit song that came out around the same time. Analy ended up losing that football game, which he said felt like a, “Knife through the heart. We lost a football game. And you get perspective, and it’s like, ‘Are you kidding?’ the whole experience looking back on it was fun.”

This attitude of sports rivalry can be seen in old copies of Analy’s school newspapers, then named The Analyan. For example, there were lines like the one in the October 1965 issue that said, “The tigers pounced on the lion babies,” referring to a freshman football game. The March 1966 issue claimed that Analy spoiled El Molino’s queen basketball game (I have not been able to figure out what a queen game is), but this was just revenge for El Molino spoiling Analy’s queen game several weeks prior. The biggest evidence of the rivalry comes in an article from the February 5th, 1965 paper titled “Tigers vs. Lions Rivalry Begins.” The article discusses an upcoming basketball game where the Analy was to host El Molino in an NBL II basketball contest. The article described it as a rivalry “that should prove to be traditional.”

While Grech stated that he believes El Molino was similarly as respectful and lighthearted in their rivalry, he did discuss one tradition he found strange and maybe disturbing at El Molino from when he began working there in 1997. Apparently, before the Apple Games, there was a tradition where the school would follow the football game around the school as they carried a coffin. He could not remember all the details, so Nicolai Stole, current West County Biology teacher and former El Molino teacher since 1998, filled in the details. Inside the coffin was supposedly the body of a dead Analy football player (fake of course) that was paraded around the school before a rally while another player pounded a drum.

Both Grech and Stole agreed that the tradition was very somber. Grech never understood it because he thought pre-game was supposed to feel very exciting, but he said that that was likely what the rally was for. It should be noted that I found reference to a similar tradition at Analy in a February 1965 copy of The Analyan. However, this was over 20 years before Grech began teaching at El Molino and the game it was in reference to was a basketball game against Petaluma.

There is some evidence though, that rivalry extended beyond sports. In an Analyan article from December 1976 about state testing, it showed that Analy students scored less than El Molino students in some areas. Though the article does not outright state that it is unacceptable for Analy to be below El Molino, that is very much the tone the article has. It even ends on a note of why Analy’s low test scores prove how much better it is.

Both Grech and Sherron (who began teaching at Analy in 1982) noticed that teaching had changed their perspectives on the rivalry. Sherron felt like “El Molino was the stepchild of the district. They got less funding, less respect. Partly because I think the Analy parents tended to be wealthier.”

Grech feels like the rivalry when he was in school was much simpler. He said it really was just about sports, before it became about funding and consolidation. He also said, “I don’t think I exaggerate when I say all the teachers at El Molino had to go through a period of mourning [when El Molino was shut down].” He admitted that the shutdown was brutal in a way many Analy teachers don’t understand. From living in Sebastopol and working at El Molino he could tell that the people in Sebastopol have completely different lived experiences and, to some extent, cultures from those by the river.

Despite the rivalry, there were still instances when the two schools cooperated. An early example is from October 1967. The Analy and El Molino drama departments joined together for a production of “Romeo and Juliet.” It was directed by El Molino’s drama teacher and was held in the El Molino auditorium.

A 2017 issue of the El Molino paper The Lions Roar details the schools’ joint effort to help community members after the fires, with Analy operating as an evacuation site and El Molino donating money and supplies. The El Molino paper refers to Analy as an “important place in our community” that was “indispensable.”

Another copy of The Lions Roar published in 2015 discusses the possibility of giving all teachers in the district a raise, and advocates for teachers at El Molino and Analy, saying, “the teachers of West County have given us the gift of education, perhaps it’s time to give back to them as well.”

It is clear that El Molino and Analy have always had a strong rivalry, but for the most part, it has never been too serious. It is also clear that Analy and El Molino were never fully opposed to working together. This year, the current students have shown that we are able to come together and mostly work together, despite different experiences. Hopefully West County High School will become a place where everyone feels included, despite where they came from.